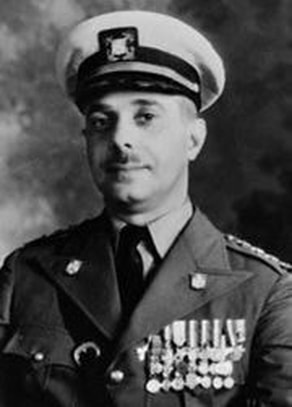 For more than three decades, the Dominican Republic was ruled by Generalissimo Rafael Leonidas Trujillo Molina (1891–1961), a megalomaniac who held on to power through terror, intimidation and corruption. He established his regime in 1930 with the approval of the United States which had recently ended its occupation of the Dominican Republic and above all else desired stability in the region for economic and strategic reasons. A military officer trained by the U.S. Marine Corps, Trujillo "won" the Dominican presidency in May 1930, in a contested election. By the time he officially took office as president on August 16, 1930, he had used terrorism to end the lives of enough real and potential opponents to look forward to a regime with little, if any, organized opposition to his rule. Those that opposed him frequently disappeared or ended up dead.

The nature of his lust for power and wealth was crystal clear by the end of the first decade of the Era of Trujillo. He was feared, powerful, and rich by the time he became commander-in-chief of his nation's armed forces. His investments in urban properties only whetted his appetite for more wealth and, once established in the presidential office, he took personal control of the nation's salt production. Now the owner of the Barahona salt mines, Trujillo promulgated a law prohibiting the traditional production of sea salt, which was virtually free, so that the people would have to purchase salt produced at his mine. With the monopoly in place, he raised the price of salt from 60 cents to $3 for a hundred pounds. He soon established a meat monopoly by taking over the slaughterhouses in the capital, Santo Domingo de Guzmán, and eventually his network of monopolies included rice and milk. Trujillo also created a bank for cashing government checks that was managed by his wife María Martínez Trujillo . By the time his first presidential term ended in August 1934, he was by far the richest man in the Dominican Republic. One of the most infamous episodes of his dictatorship (which first influenced Minerva), however, was the massacre of thousands of Haitian citizens in 1937. Trujillo’s soldiers murdered Haitians working as sugar cane cutters or living in Dominican territory. Estimates of the men, women and children killed range from 13,000 to 20,000. ​

Trujillo also received an honorary doctorate from the national university and an appointment as a professor of political economy. Among the countless honorific titles bestowed on him over the years were Benefactor of the Fatherland, Restorer of Financial Independence, and Father of the New Fatherland. In 1936, the name of the national capital was changed from Santo Domingo de Guzmán to Ciudad Trujillo. October 24, the day of his birth, became a national holiday, and in 1955 he celebrated 25 years of his rule, proclaiming that entire year to be the "Year of the Benefactor." In the final years of his dictatorship, Trujillo even demanded that the Roman Catholic Church bestow upon him the title of "Benefactor of the Church," which it refused.
​
​On the evening of May 30, 1961, Trujillo was shot dead in a machine-gun attack on his limousine led by a former general who had fallen from grace because his sister had become a member of the resistance.

Trujillo's Connection to the Mirabal Sisters

Throughout his reign, Trujillo employed scores of “beauty scouts” to scour the countryside for young girls — often very young — for him to romance, kidnap, and/or rape. One such mission resulted in him forcing the Mirabals to come to one of his parties. Minerva soon realized that she was his target, and politely turned down his entreaties. When he forced the issue, she slapped him in the face, gathered her family, and left.

Minerva’s parents were not spared, either. Shortly after Minerva first refused Trujillo’s advances, her father was imprisoned. After a period of brutal treatment, he was released, only to die shortly thereafter. Some time later, Minerva and her mother, on a visit to the capitol of Santo Domingo, were kept as virtual prisoners in their hotel. Minerva learned that if she slept with Trujillo, they would be released. She refused. Eventually she and her mother escaped.

Gradually, Trujillo’s wrath also turned Patria, Maria Teresa, and their husbands into activists. With the Mirabal family finances ruined by Trujillo’s meddling, and the family’s every word monitored, the entire Mirabal clan were primed for transformation. The final push into all-out rebellion came after a failed attempt by exiled Dominicans to oust Trujillo. The Mirabals decided to continue their resistance. They distributed pamphlets, gathered materials for weapons, and even made makeshift bombs out of firecrackers around Minerva’s kitchen table. Collectively the three activist sisters became known by the codename Las Mariposas (the butterflies).

When their attempt to assassinate Trujillo at a 1960 cattle fair was exposed, the entire group was thrown in jail. Due to international pressure, Trujillo had to release the women, leaving the men imprisoned. When Trujillo’s political fortunes continued to worsen he began to blame the Mirabal sisters for all his problems, and so he ordered them killed.

The Mirabals’ deaths served as a catalyst for overthrowing Trujillo — six months later, military leaders assassinated him. Although many factors were at play in Trujillo’s downfall, as Bernard Diederich wrote in his book Trujillo: The Death of the Dictator, “the cowardly killing of three beautiful women in such a manner had greater effect on Dominicans than most of Trujillo’s other crimes… It did something to their machismo. They could never forgive Trujillo this crime.”